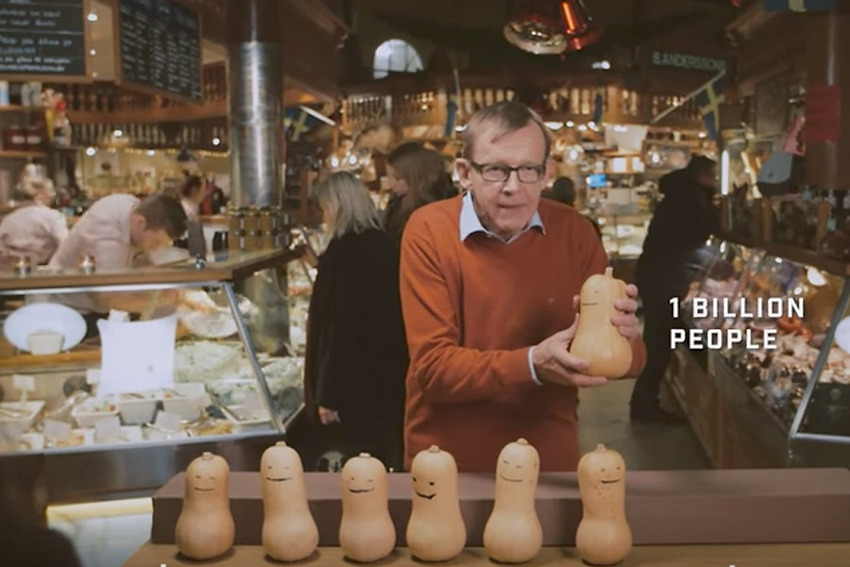 Just before Christmas, Locationfinder received an assignment from BGC3 in Seattle USA, on behalf of the blog of Bill Gates, Gates Notes.

Hans Rosling reports about the state of health in the world. It´s to be seen it this short information film to be sent in conjunction with Bill Gate's annual letter to 3 million readers. I have worked with the Americans a couple of times earlier, but on a smaller scale. Now we filmed in Östermalmshallen in the middle of Stockholm, it naturally sparked by people during the Christmas break, but it went really well!